Is There A Rebreather In Your Future?

How Leading Divers See The Future of CCR

Over the last two decades, the use of closed-circuit rebreathers (CCR) has grown steadily in the sports diving community, primarily among technical and working divers such as photographers and filmmakers, who can benefit from the rebreathers’ extended range capabilities.

Though initially there were numerous accidents, today, the consensus in the community is that rebreather diving safety has improved. In addition, there have been a number of advancements in rebreather technology, that have contributed to both their performance and safety. Rebreather training has also become more consistent, and the use of pre-dive check lists, which experts agree are essential to safety have become common place. As a result, more sport divers have become interested in rebreathers and their potential benefits.

Last year, Divesoft, a major rebreather manufacturer based in the Czech Republic, held an international summit for its instructors at Port of Arenzano Italy. We caught up with a number of diving professionals in attendance, and asked them where they see rebreather diving going and what advice they would offer divers thinking about getting in the loop. Here’s what they had to say. 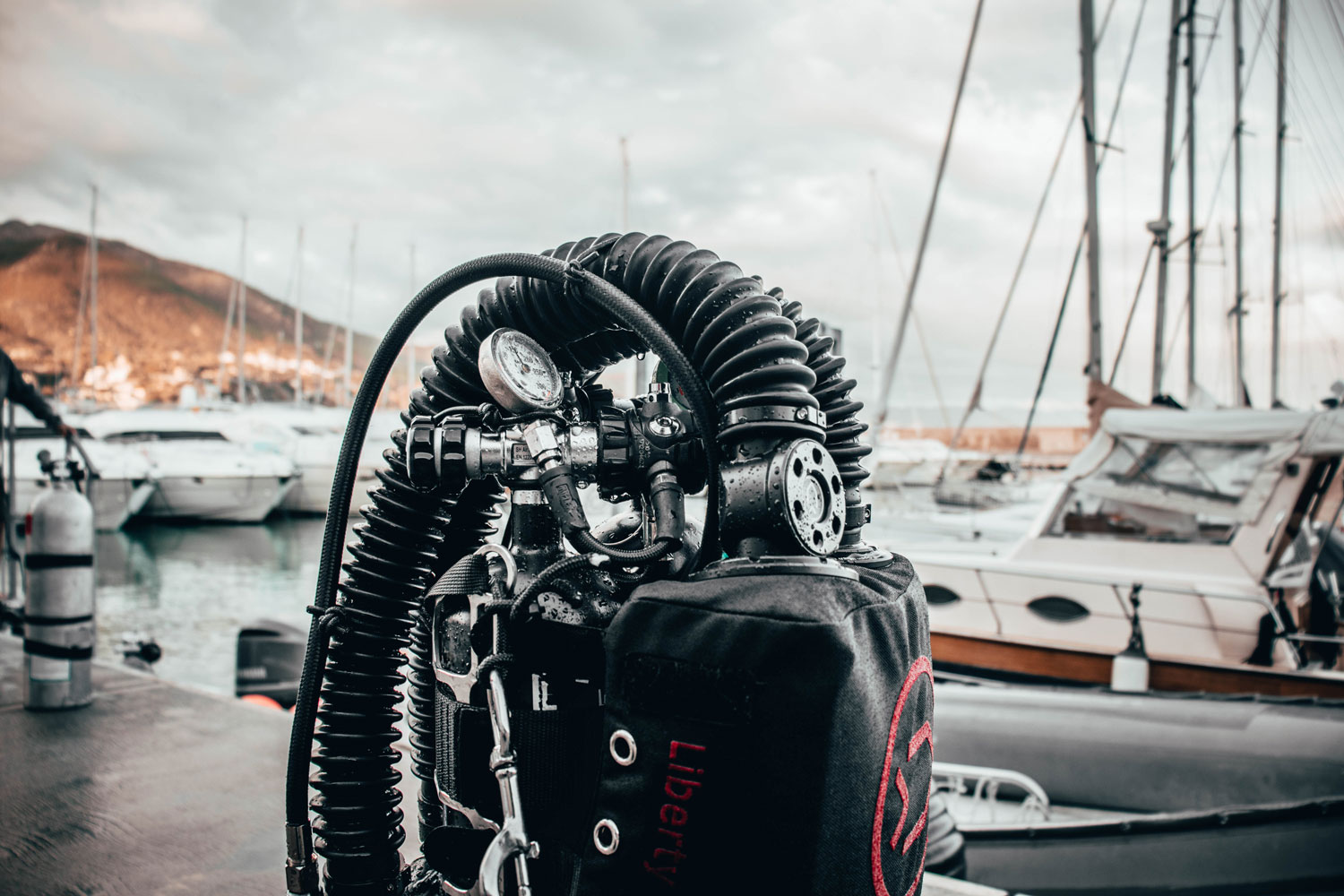 Schott is an Emmy-Award winning underwater photographer/videographer, and technical diving instructor based in Philadelphia, Pennsylvania, USA who has been diving since 1995. She started diving a rebreather thirteen years ago because she wanted to be able to stay underwater longer to compose her shots. 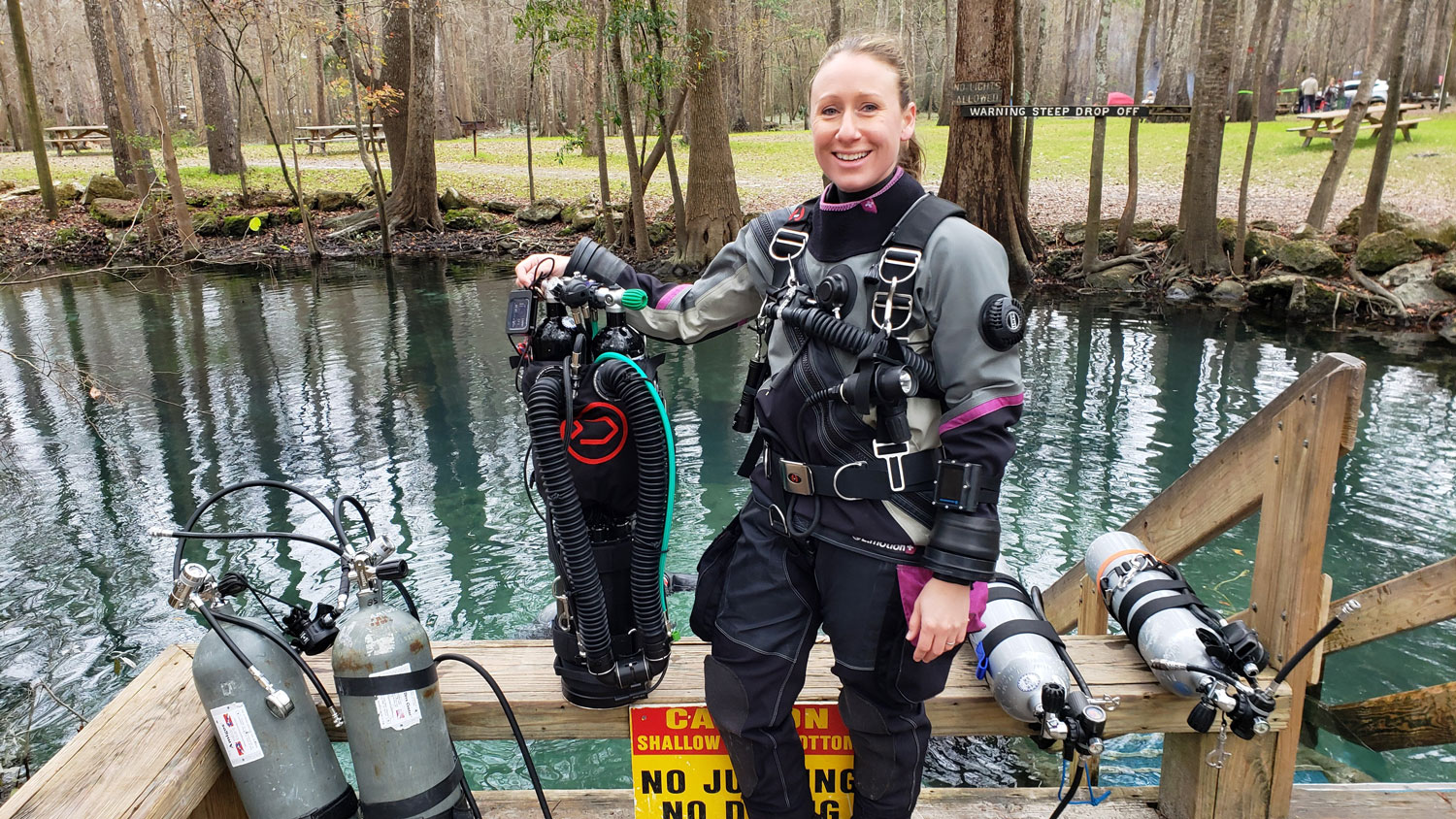 The Future: Schott thinks rebreathers will continue to be an important tool for underwater photographers, technical divers and others looking to extend their range. The fact that due to the absence of bubbles, they enable divers and photographers to get closer to marine life and stay for longer periods of time, opens up many new possibilities. Though rebreathers have been primarily used by older divers who typically have more money to spend on gear, Schott says younger divers are now considering rebreathers. “There’s a lot of incredible engineering that has gone into the latest generation of rebreathers like the Divesoft Liberty, and I think that is attracting a new generation of divers,” Schott explained. “I am definitely seeing more interest among younger divers.”

Getting Started: According to Schott, learning to dive a rebreather is a bit like starting your training over again. Take for example, a tech diver making deep open-circuit trimix dives. After they get trained, they would likely need a year or more accumulating experience before conducting dives to their previous depth limits. It’s imperative that they are intimately familiar with the rebreather and potential bailout, and be comfortable with solving potential problems in shallow water, before venturing back into deep water. Schott’s advice? “Rest assured the rebreather will take you where you want to go, but it will take time to become proficient with your equipment. Once you do however, you're going to be able to do so much more than you did before.”

Edmund Yiu is a technical diving instructor and instructor trainer with several training agencies and owns a diving equipment distributor company serving Southeast Asia and China. He has more than 20 years of recreational and technical diving experience including over 6000 dives. 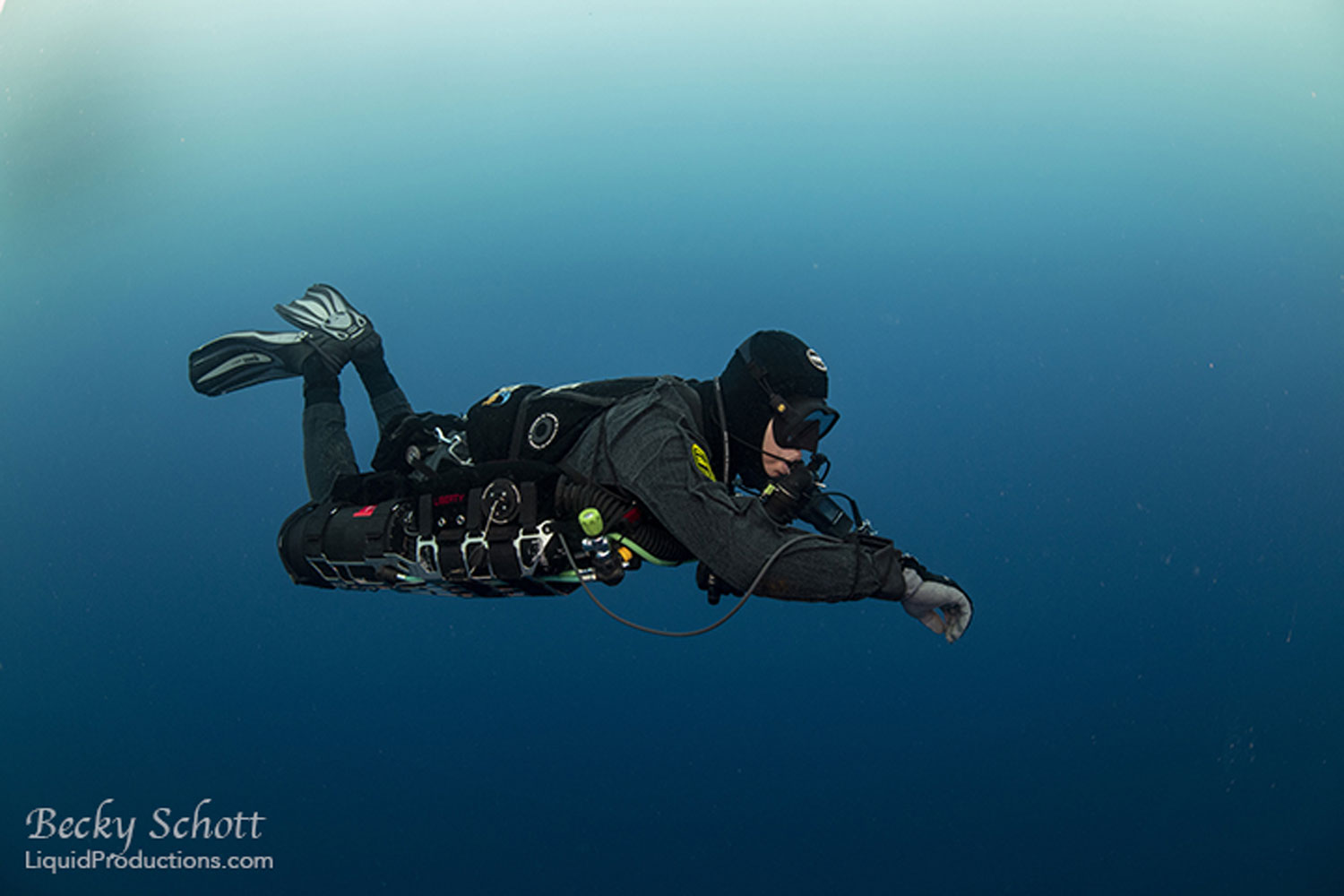 The Future: Yiu believes rebreathers have a promising future in Southeast Asia and China, where rebreather diving is still a relatively new concept. The diving market is growing rapidly in this region particularly among the younger generation and there is growing interest in rebreather technology. The potential could be significant.

Getting Started: “Rebreather diving is really quite different. It’s more complicated and needs to be taken slowly, step by step. In some ways, it’s like learning to dive again from scratch since the mentality and planning are different,” Yiu explained. “Diving a rebreather requires more prep time before doing deeper dives, and this can be discouraging at first. Divers want to rush into it, but they need to remember that any mistake can be fatal.” Yiu says that he favors the Liberty CCR because of its fault-tolerant design. “There isn’t a single malfunction in the electronic system that can cause the system to breakdown,” Edmund pointed out.

Edoardo Pavia is an experienced cave diver, underwater filmmaker and technical diving instructor who’s based in Rome, Italy but works all over the world. He started diving in 1996, and made the move to rebreathers in 1998; he now has over 20 years of rebreather diving experience. 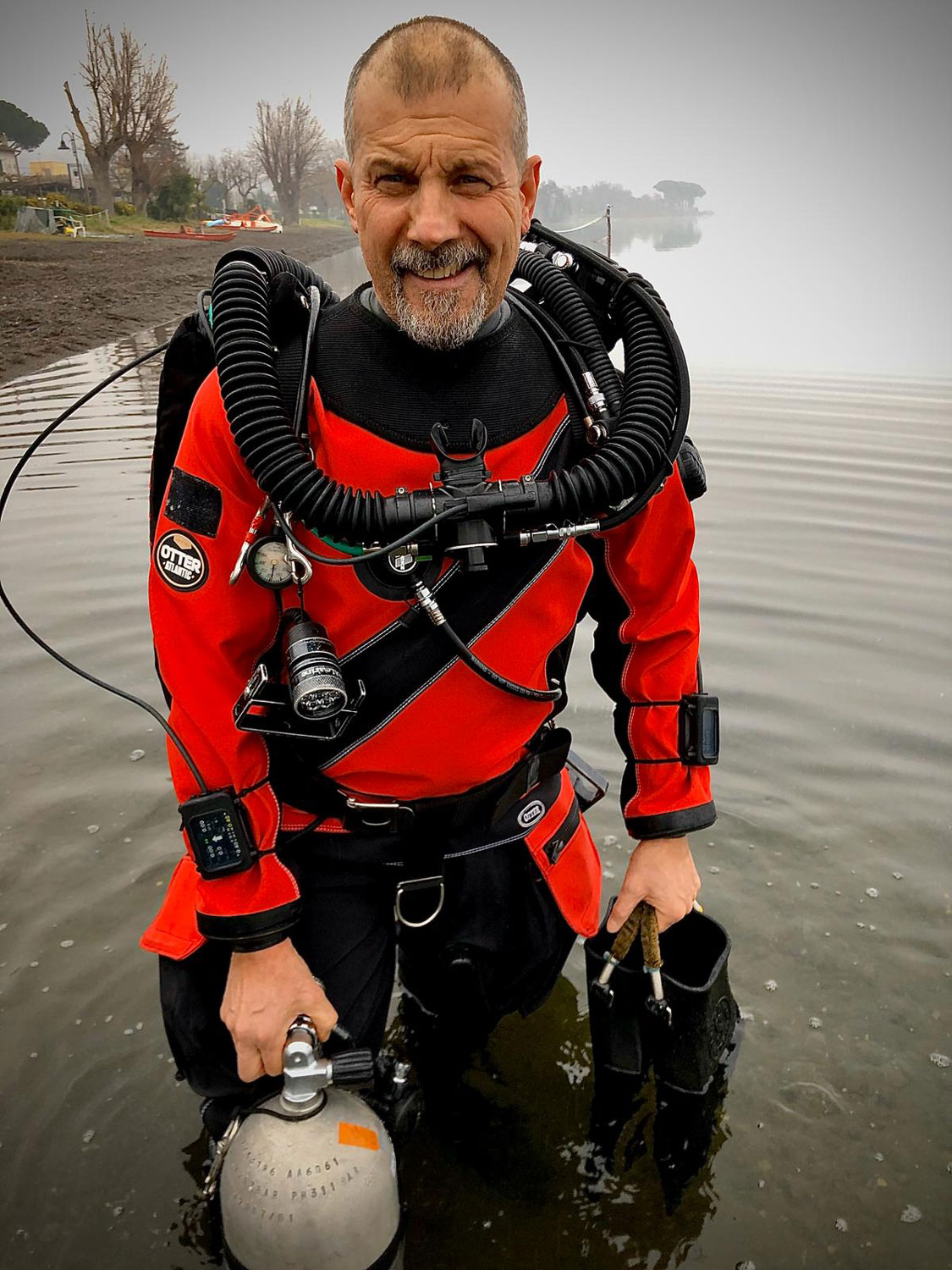 The Future: Pavia thinks that the interest in rebreathers has been tempered by the fact that the technology is expensive, and diving is a leisure activity for many people. Even so, he says that more divers are moving to rebreather technology, which has become more user friendly. However, he believes that further progress is needed in rebreather training if the life support equipment to become more widely used. Currently many instructors still consider rebreathers only suitable for extreme cave and wreck divers, but, according to Pavia, rebreathers are fantastic in shallow waters too because you can get closer to marine life, and have maximal no-decompression time. “In the future, the rebreather will be considered a “normal” piece of kit for any kind of diver. They are not only for the very experienced divers. They can be used safely by many levels of divers, provided that they follow the rules,” Pavia said.

Getting Started: Pavia admits that starting with a rebreather requires a bit of study. But traversing the underwater world without making any noise or bubbles is simply fantastic, and makes the extra effort worth it. “I struggled in school, but had no troubles learning to dive a rebreather. If I can do it, anyone can,” he said.

The key to success, Pavia explained is repetition, making mistakes under control, understanding and learning from those mistakes, and not being afraid of the machine. He says that rebreathers aren’t necessarily more dangerous than open circuit scuba, that humans create the danger. “When learning to dive with the rebreather, be sure to concentrate on the task at hand, ask questions of your instructor, and avoid cheap training; you get what you pay for,” Pavia advised.

Sonia Rowley is a research biologist at the University of Hawaii. Her primary research focus is on the evolutionary relationships within and between the coral holobiont and its environment, focusing on gorgonian (sea fan) corals in the Mesophotic Coral Ecosystem or “Twilight Zone,” that lie at depths from 40-150 meters. 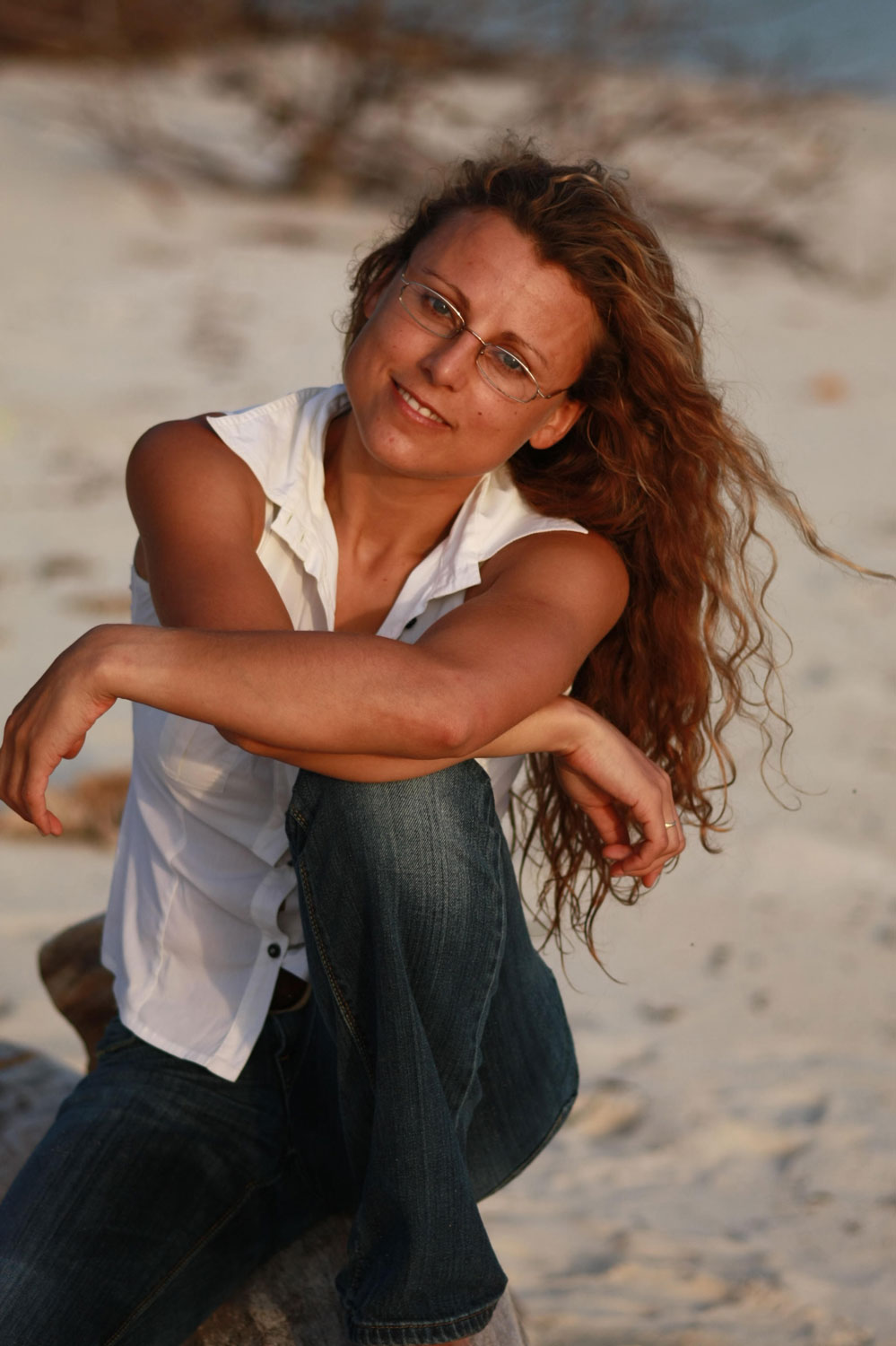 The Future: Rowley says that rebreathers will continue to develop and enable us to explore new aquatic frontiers. “This, to me, is the most fascinating,” she explained. “I am not alone when I say that I want to see everything in the natural world. I think that the technology will continue to evolve to match the ambitious applications that demand their use, and increase in overall safety and efficiency.” One of the most important benefits of rebreathers for Rowley, is the extended time at depth that a rebreather provides. “There are many experiments and instrumentation that I wish to conduct and deploy, which takes time at depth. The extended bottom time of CCR is such a freedom, I love it,” Rowley said.

Getting Started: Rowley advices before purchasing a rebreather that you ask yourself, what is your motive for owning and learning to dive a rebreather? It can have a significant influence on your decision. She also suggests that you should go for quality over “the deal,” and be objective in your research. “Don't be drawn in by brushed over answers. Seek the truth,” Rowley cautioned. “This is a serious undertaking. As you may tell, my words are from experience, and I can't begin to stress how important it is to 'be in the know' and look past the hype.” 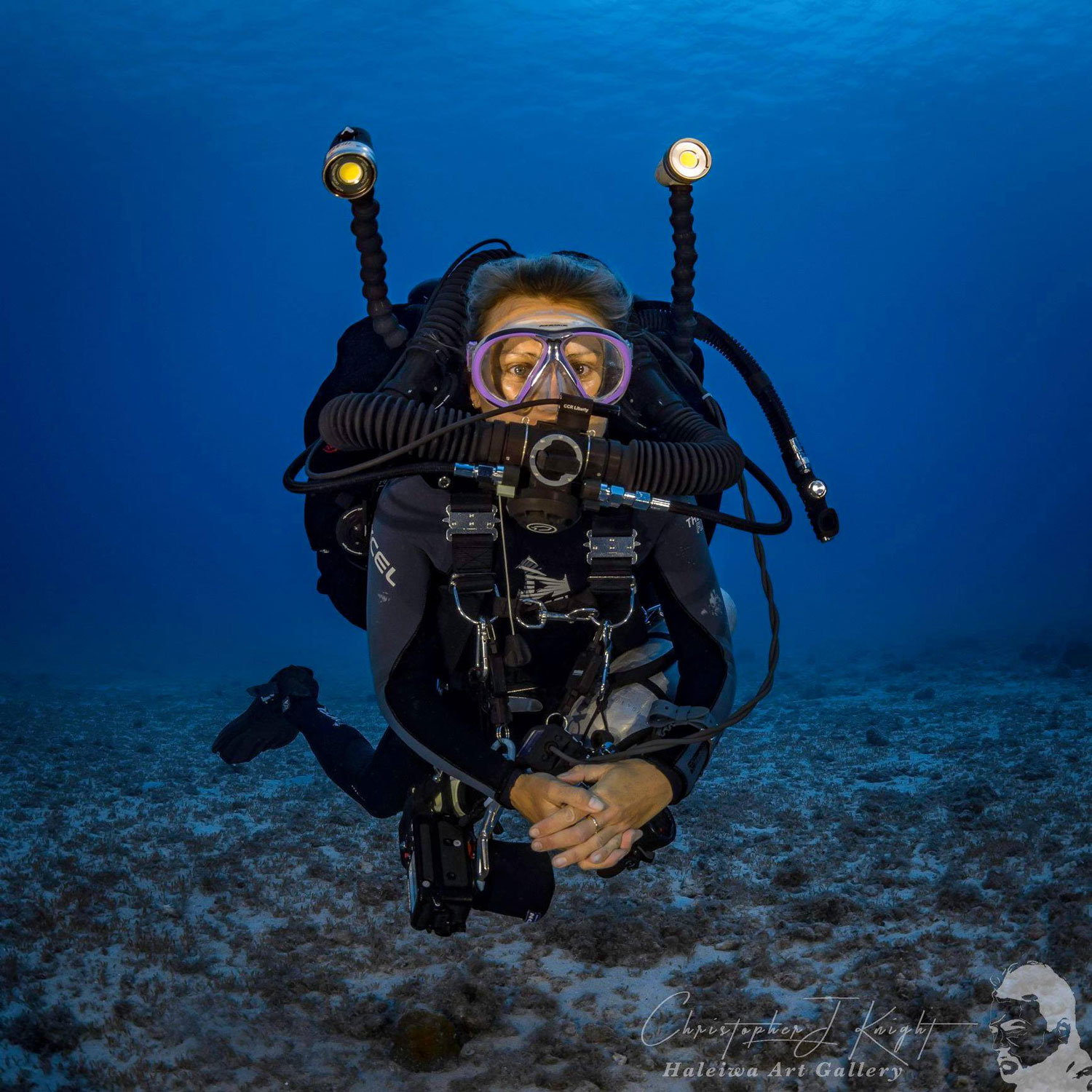 She also stressed the importance of training, and the quality of the instructor. “Don’t cut corners, pay for the best. I've been taught by excellent instructors as well as terrible ones! There are a lot of cowboys out there, which may not have the best motives. Some can sound amazing and be very convincing, but be careful, watch how they treat other areas of their lives. That's a great sign to discern a motive.” she said.

Ultimately, Rowley says that you're down to learn and have fun. In her experience, selecting the right rig for the kind of diving you plan to do is critical. “No rig is perfect, but if you do your research and preparation, you can find a rebreather that will serve your needs.” Rowley says that she dives the Divesoft Liberty because of its redundancy, and the sheer quality of workmanship and materials. "It's second to none," she said. "The unit never ceases to amaze me."

Nick Jewson is the British Sub-Aqua Club’s (BSAC) Chef Technical Examiner and deep wreck diver. Born in the U.K., Jewson has been diving for nearly 40 years, was an open circuit trimix diver and then started diving rebreathers about 24 years ago. He was one of the first divers in the U.K. to buy a commercially available electronic CCR, the Cislunar MK5 rebreather, in 1996. These days he teaches diving for fun, not commercially. 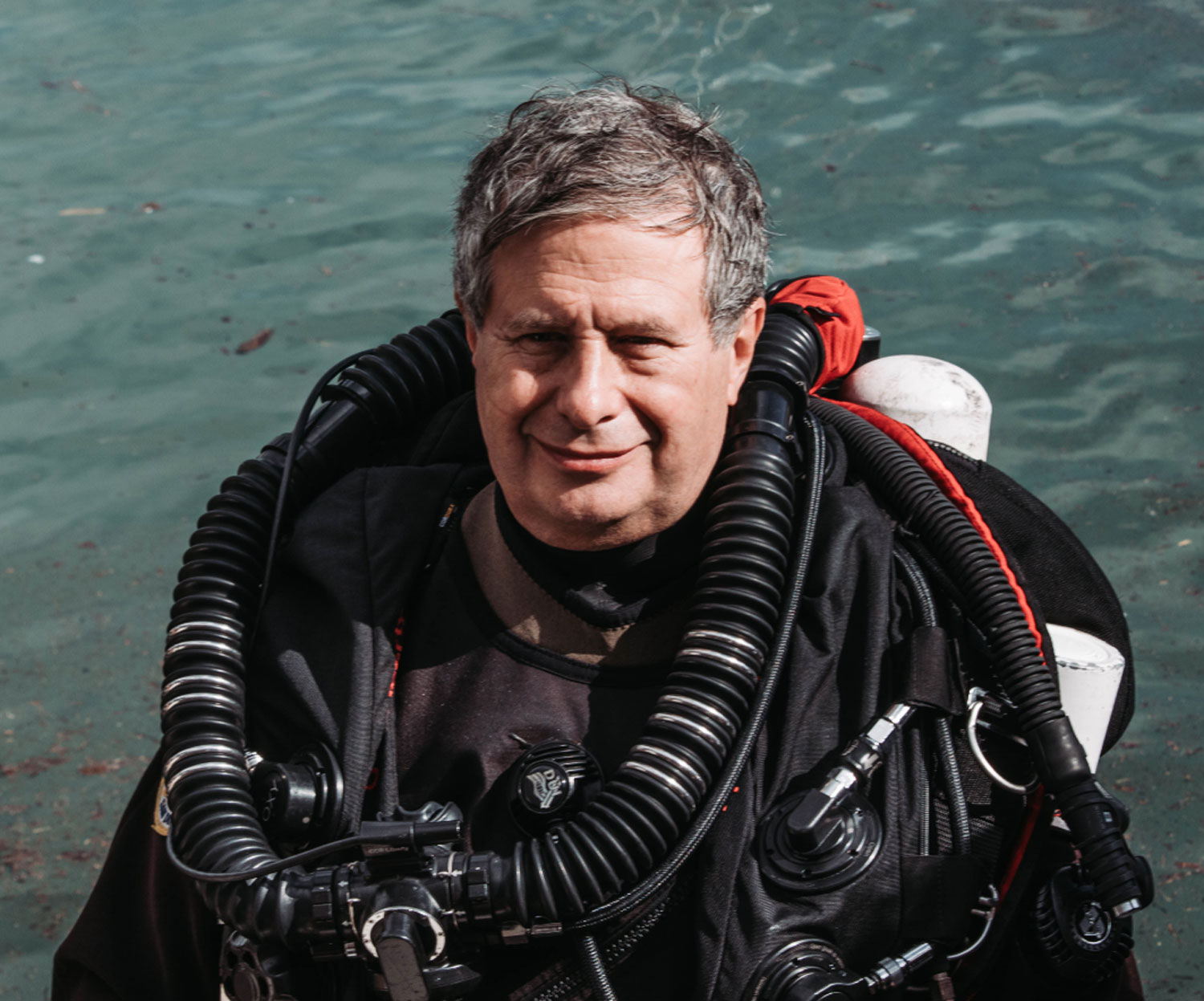 The Future: Jewson says that the biggest change in rebreathers these days is the type of people that are starting to use them. He says that some of the newer technology helps support a wider range of divers. For example, the adoption of emerging solid-state oxygen sensors will make rebreather much more reliable. “Rebreathers need to be resilient, and I don’t mean just for itself; they have to be resilient to divers’ mistakes. Mistakes i.e. diver errors are inevitable no matter what the diver’s level or experience is, and those mistakes can be fatal,” Jewson emphasized.

Getting Started: Jewson’s advice is to take it steady, do your training, and make sure you pick an instructor who regularly dives the type of rebreather that you are interested in. Once you’ve been trained, take your time and build on your experience gradually. Don’t try to run before you can walk. It takes time to become comfortable and confident on your unit.

“It’s easy to become complacent during those initial hours diving a rebreather. Divers need to be very, very attentive during the assembly and setting up phase,” Jewson cautioned. His recommendation is very much aligned with what others have said. He also warns that rebreather diving is not necessarily for everyone. “A diver who completes their training should continue to dive the rebreather regularly. If you are only able to dive once every six months, for example, then rebreather diving is probably not for you.

Is there a rebreather in your future? Though they are expensive, require specialized training, additional discipline, and generally take significantly more time to prep and maintain than open circuit scuba, their extended range and duration, near optimal decompression and quietness have the potential to transform your diving.

Alertdiver.eu contributing editor, Michael Menduno is an award-winning journalist & technologist who has written about diving and diving technology for more than 30 years. He coined the term “technical diving.” His work has appeared in magazines such as Alert Diver, DeeperBlue.com, DIVER, Quest, Scientific American, Sports Diver, Undercurrent, Undersea Journal, WIRED and X-Ray. Menduno founded and served as editor-in-chief for aquaCORPS Journal (1990-1996), which helped usher tech diving into the mainstream of sports diving. He also produced the first Tek, EuroTek and AsiaTek conferences. Michael is on the board of the US Historical Diving Society, and serves as the editor-in-chief of InDepth, Global Underwater Explorers (GUE) online magazine.